ANZAC War Memorial, Sydney, Australia. Finished in 1934 after designs and art by C. Bruce Dellit and sculptor Rayner Hoff, it commemorates the Australian War dead of World War One. ..Many of the original sculptures didn't make it in the memorial, thanks to censure by the Catholic church, and its bishop, Michael Sheehan. .. The sculpture that caused the sensation, The Crucifixion of Civilisation, is pictured below. It is shocking. A naked figure on a cross, a young woman, sits atop a pyramid of broken soldiers, corpses, weapons, helmets, the debris of battle. The detail is hyper-real and brilliantly executed. Hoff described the symbolism of his central figure: "Adolescent Peace is depicted crucified on the armaments of the ravisher, the war god, Mars. The Greek helmet animalistically gapes over the head of expiring Peace, the cuirass of the body armour hard and brutal in contrast to her lithe woman's body."..Lithe women's bodies have always caused problems for the Catholic Church, and Hoff's depictions of the human body were intrinsically sensual. (His famous 1924 sculpture, Faun and Nymph, part of the collection of the Art Gallery of NSW, is basically pornographic.) This particular lithe naked woman was especially problematic...The Catholic archbishop of Sydney, Michael Sheehan, announced that he would not be attending the laying of the foundation stone on July 19, 1932. The memorial, he said, was "obviously intended only for Protestants". As for the young woman on the cross, this image was "gravely offensive to ordinary Christian decency"..http://www.smh.com.au/articles/2004/04/18/1082226632478.html?from=storyrhs. 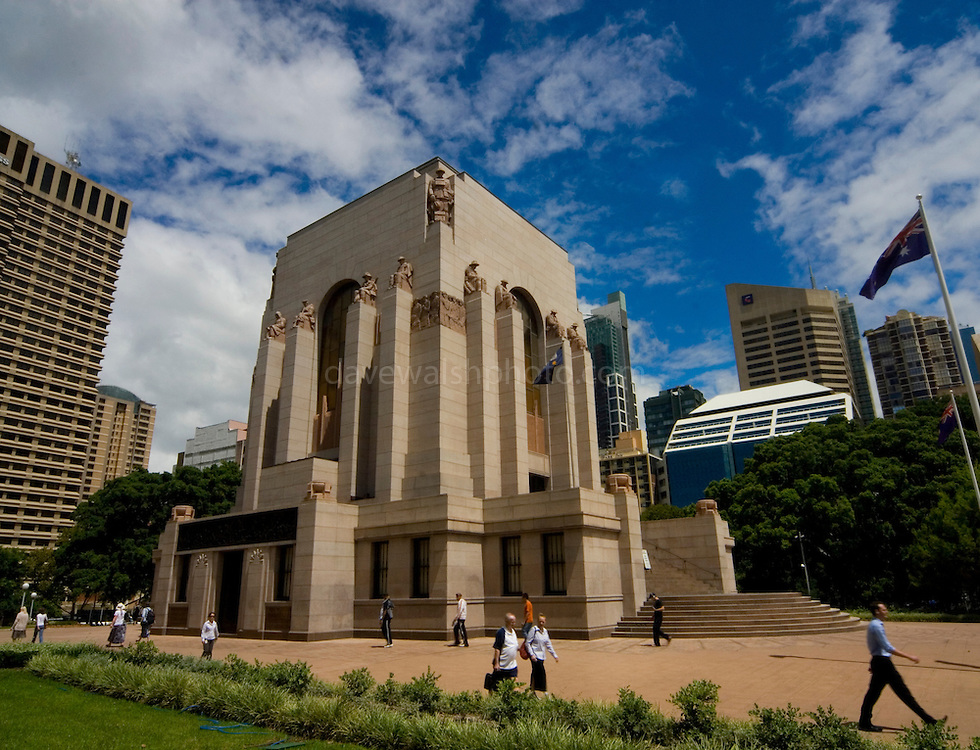