Parade with shrine during 2008 Kanda Matsuri celebrations, Tokyo carrying a golden mikoshi or shrine. While the parades during even numbered years are nowhere near the magnitude of the odd numbered years, these partipants - born in bred in Kanda (or central Edo, as Tokyo was once known), are known as Edokkos, and they are proud to be known as an energetic, high-spirited community.....The festival is also known as Tenka Matsuri - the Shogun Festival. It is one of the three biggest festival in Japan.This festival was permitted to enter the Edo Castle (the Imperal Palace)in Edo period.....During the festival lots of Mikoshi or portable shrines, are carried by crowds of local people and paraded throughout Kanda and Nihonbasi towns.....Mikoshis are beautiful gold and black lacquer portable versions of the shrine's kamis or deities, taken out on a march through the streets of the town, so that blessings - in the shape of luck and prosperity are given to the area and the people who liver the. The more the mikoshi is shaken, the more blessings the god will give! 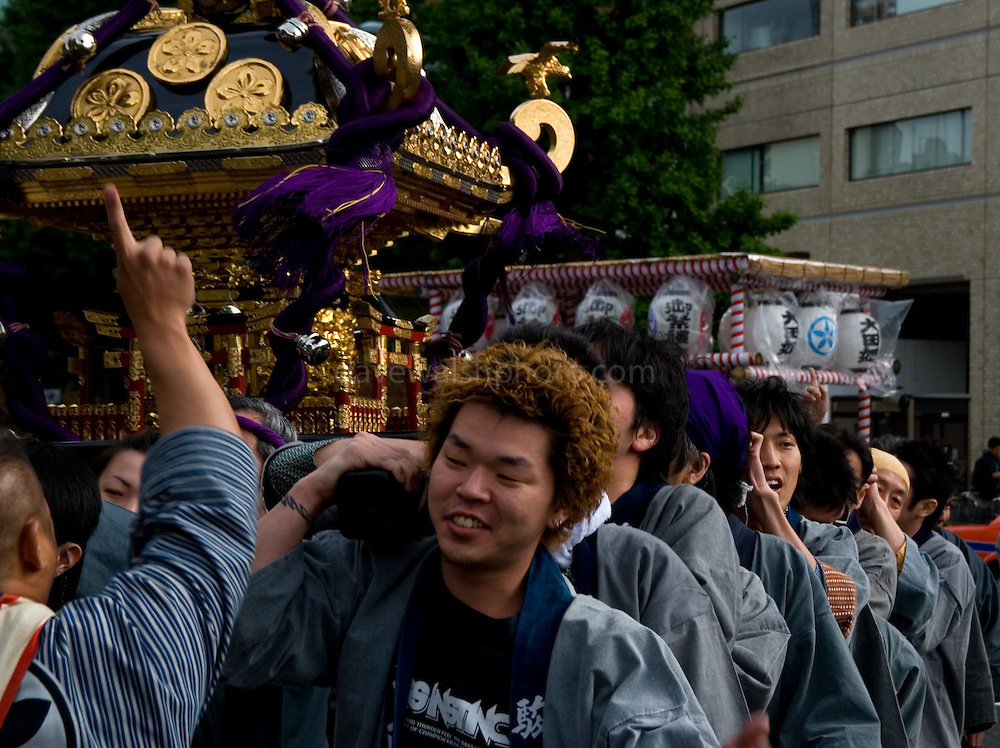