Independent Senator David Norris explains why he voted "no"

Editorial Use Only: Irish Senator and human rights activist David Norris explains to Dutch TV Nederland 1 why he voted "no" to the Lisbon Treaty, outside the Polling Station on Marlborough Street, Dublin 1. He cited possible European military expansion following a "yes" vote as a key issue in his choice in voting "no".....David Norris was the first openly gay person to be elected to public office in Ireland. Senator Norris is also a prominent Joycean scholar, is the a big player in Dublin's annual Bloomsday celebrations. Senator Norris's razor-sharp wit and debating skills have made him a popular figure in Ireland.....More here:..http://www.senatordavidnorris.ie/....Source:..http://www.davewalshphoto.com 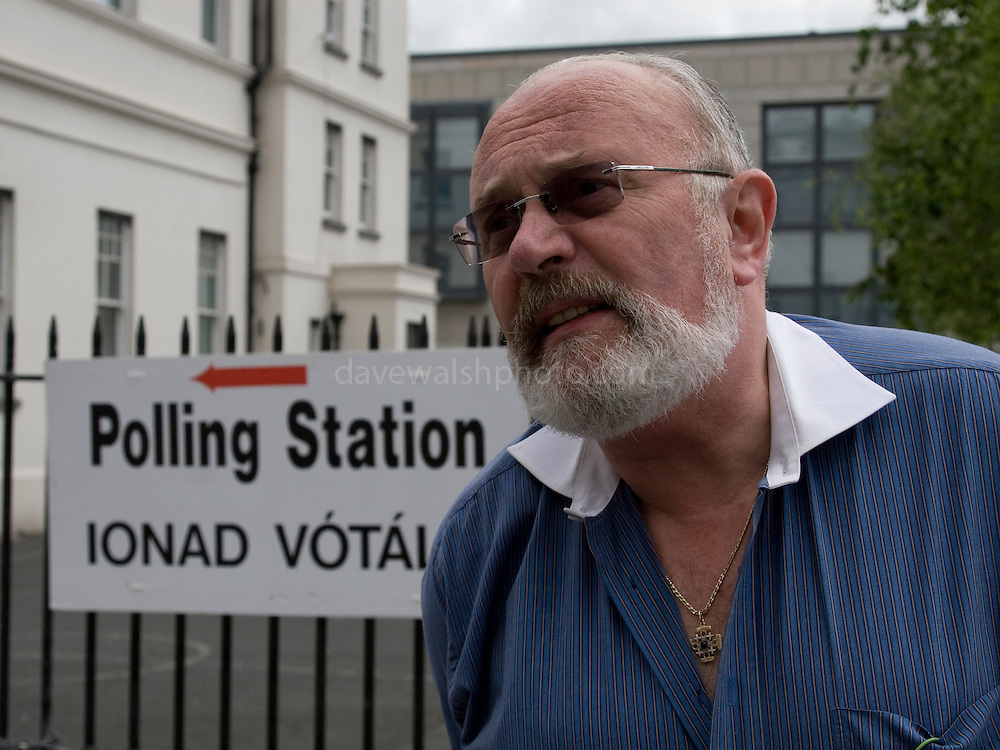