Able Tasman Monument, Salamanca Place, Hobart, Tasmania, dedicated to the Dutch explorer. On 24 November 1642 Tasman sighted the west coast of Tasmania and named his named his discovery Van Diemen's Land after Anthony van Diemen, Governor-General of the Dutch East Indies. Proceeding south he skirted the southern end of Tasmania and turned north-east until he was off Cape Frederick Hendrick on the Forestier Peninsula. An attempt at landing was made but the sea was too rough; however, the carpenter swam through the surf, and, planting a flag, Tasman claimed formal possession of the land on 3 December 1642...(wikipedia).. 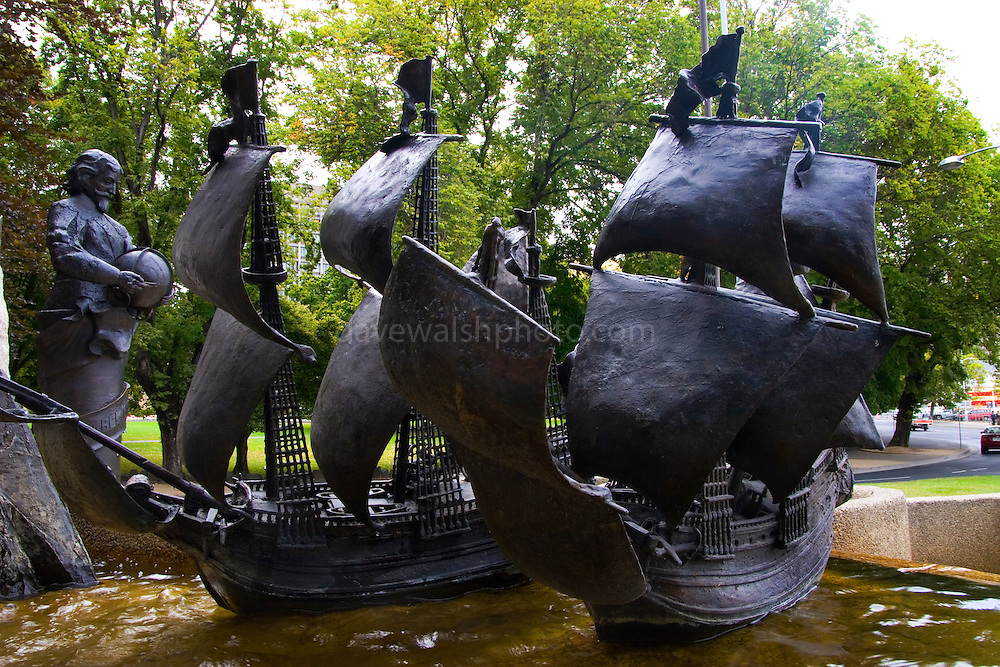