Catalan activists gather for the Castellers de Vilafranca building of a Castell, or traditional human tower, in the Grand Place, Brussels, on June 8 2014 as part of a day or actions across Europe calling for Catalan independence from Spain. A referendum on the issue is being called for on November 9 2014, but is being blocked by the Spanish government. Similar castell events were helping in Berlin, Geneva, Lisbon, London, Paris, Rome and Barcelona. 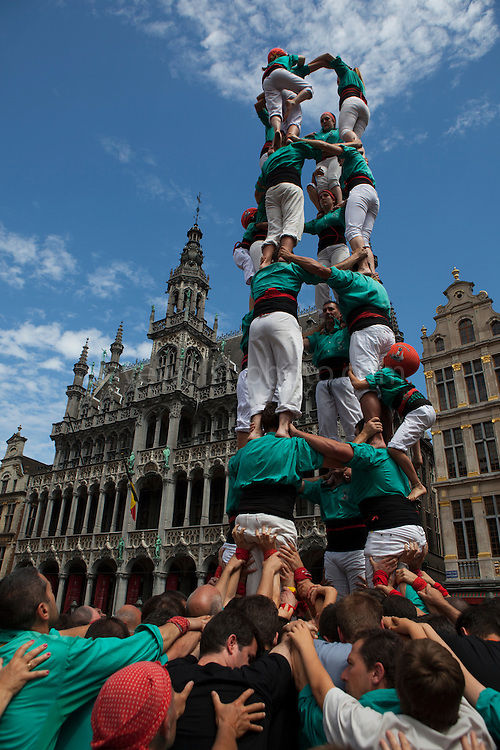