Summer plumage (white in winter). I got close and personal with a few willow ptarmigans in Denali - usually, however, they were hiding in bushes, making it very difficult to get a clean photograph....."The male Willow Grouse is unique in its nesting behaviour. In all other species of grouse, only the female takes responsibility for the young. However, the male Willow Grouse often takes responsibility of the young by staunchly defending his territory and his young. Males have even been documented to have attacked a Grizzly Bear and will attack humans who distract their young."...."In Finnish Lapland, the Willow Grouse was considered "the bird of God" and represented purity, often being associated with females. In some parts of the country, parents would hang the legs and wings of a white grouse over a baby girl's cot to make sure she grew up virtuous. In Finnish folklore the willow grouse, like other birds of the grouse family, were considered spirit messengers and any unusual grouse behaviour was interpreted as a bad omen, most often death or illness". Source: Wikipedia: http://en.wikipedia.org/wiki/Willow_Ptarmigan 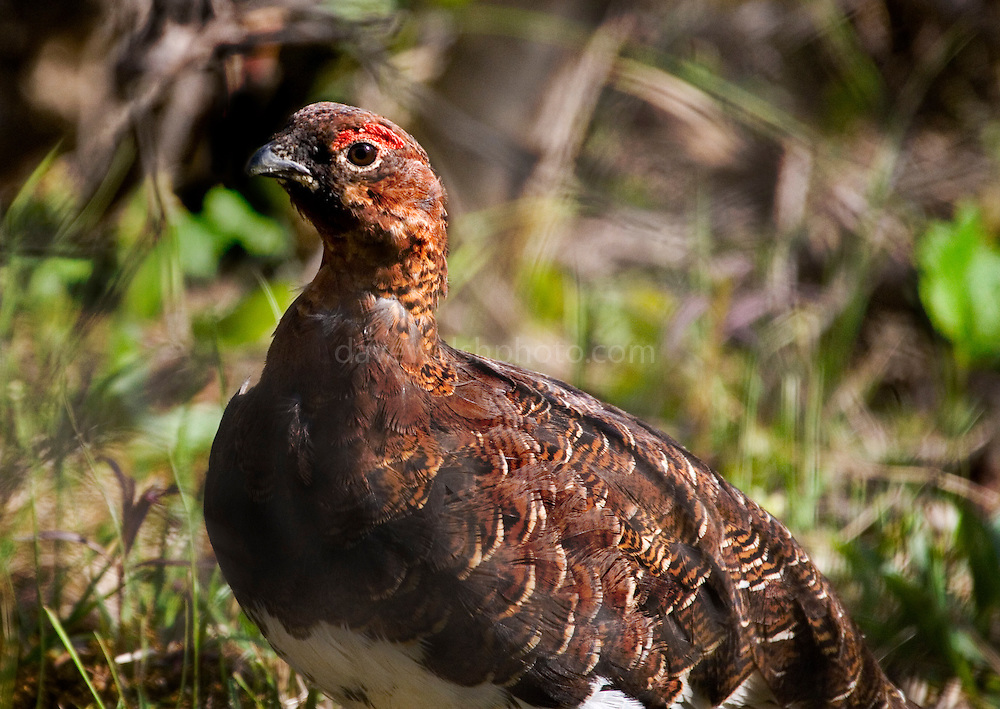