Chinese Zombie Ships off the coast of West Africa, March-April 2006. These ships are engaged in IUU - illegal, unreported and unregulated fishing off the coast of Guinea, West Africa. The ships themselves have not been in port for perhaps ten years - they crew don't see land for up to two years. The Greenpeace ship Esperanza, with Greenpeace, Environmental Justice Foundation and Guinean authorities participated in the arrest of one of these vessels - on board were boxes for a ship of another name, and with the words “product of Spain". The crewmen, who are essentially indentured labourers live in appalling conditions on board. Some of the vessels no longer function, and are left at anchor offshore, with a skeleton crew on board. Later on the expedition, the Esperanza caught some of the working vessels transhipping boxes to a Korean ‘reefer’, which it then pursued to Las Palmas, in the Canary Islands. Activists blocked the ship’s cranes in for many days over Easter 2006, leading to the seizing of 11,000 boxes fishing stolen from the waters of West Africa and destined for the European market. The fish was returned to Guinea. 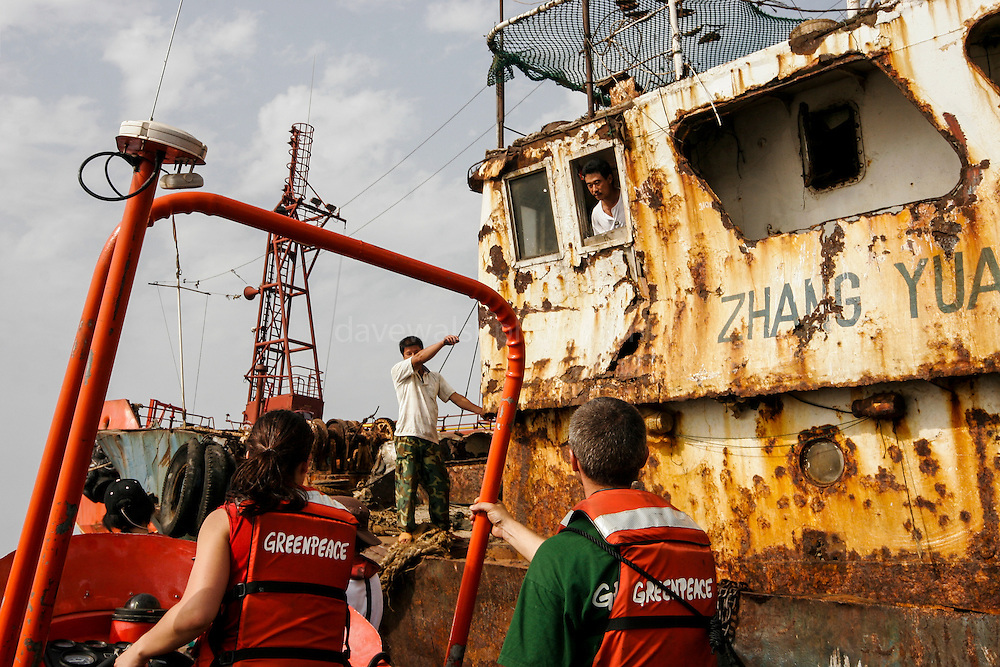