Brussels, Belgium. 11th Jan, 2015. 20,000 people attend #JeSuisCharlie March in Brussels, bringing together different cultures and religions following the attack on the Charlie Hebdo satirical magazines offices in Paris and the subsequent hostage taking at a Jewish shop. Brussels, a multicultural city, and Europe’s comics capital, has suffered its one sectarian attacks in current times, when four people were shot and killed at the city's Jewish museum in May 2014. 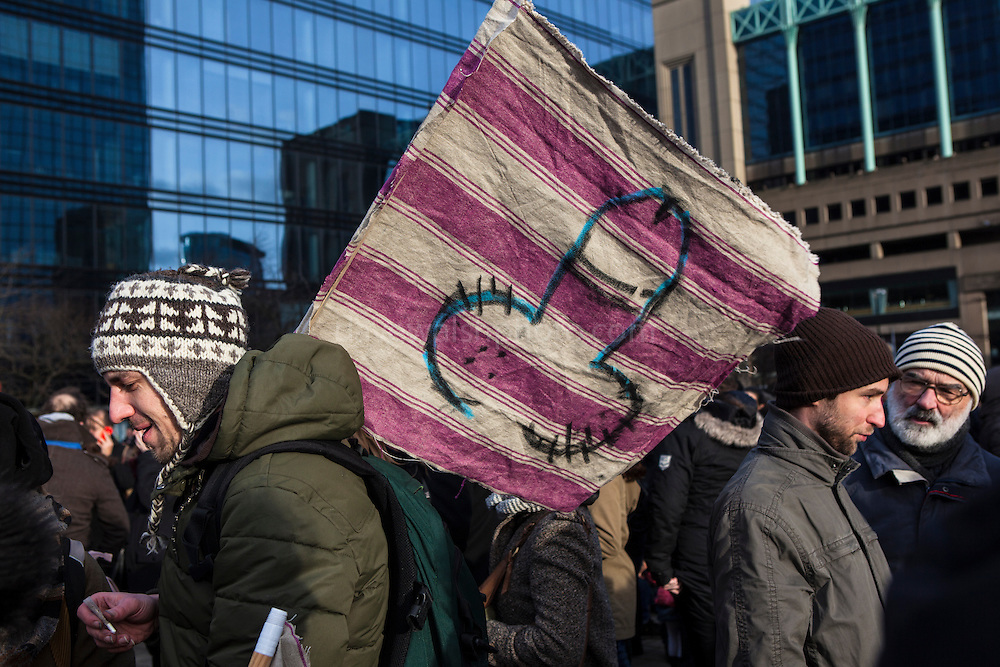