Protesters attend a vigil outside at the Irish embassy in Brussels on November 21st following the tragic death Savita Halappanavar on October 28. The gathering was organised for Irish citizens abroad and other nationalities to show their solidarity with women in Ireland, and to call on the Irish government to take action on abortion and women's right to choose.

Savita Halappanavar, was 17 weeks pregnant and miscarrying when she died in Galway University Hospital Ireland, after being denied an abortion, and reportedly told that "Ireland is a Catholic country" A 1992 ruling in the Supreme Court of Ireland in 1992 - known as the X case - means terminations are allowed under certain circumstances, where "a pregnant woman's life was at risk because of pregnancy, including the risk of suicide"

Sativa's case has caused widespread outrage and protest in Ireland, and has caused widespread reaction worldwide, particularly in India and the UK. In 2009, the European Court of Human Rights found that Ireland had violated the European Convention on Human Rights by failing to provide accessible and effective procedures for women to establish whether they qualify for legal abortions under current Irish laws. The case was due to be considered by an Irish government-appointed group in late 2012. 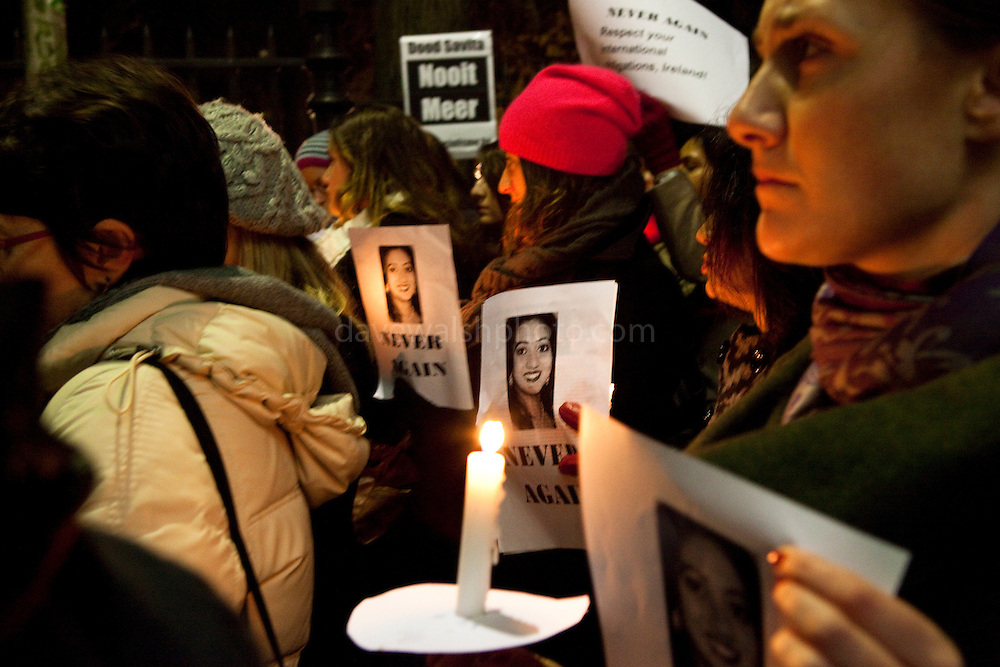