Saint Nicolas arrives during the Sinterklaas parade, Dam Square, Amsterdam, 14th November 2010. Sinterklaas, the basis for Santa Claus in other countries, arrives from Spain by boat, accompanied by Black Peter, played by multitudes of white Dutch people in blackface - a tradition that evokes some controversy. Contrary to traditions of Santa Claus elsewhere, Sinterklass arrives by boat, then rides through the streets on his grey horse, Amerigo, in mid-November, bringing in the Christmas season. The Zwarte Pieten (Black Peters) distribute sweets and gingerbread cookies to the crowd along the parade route. 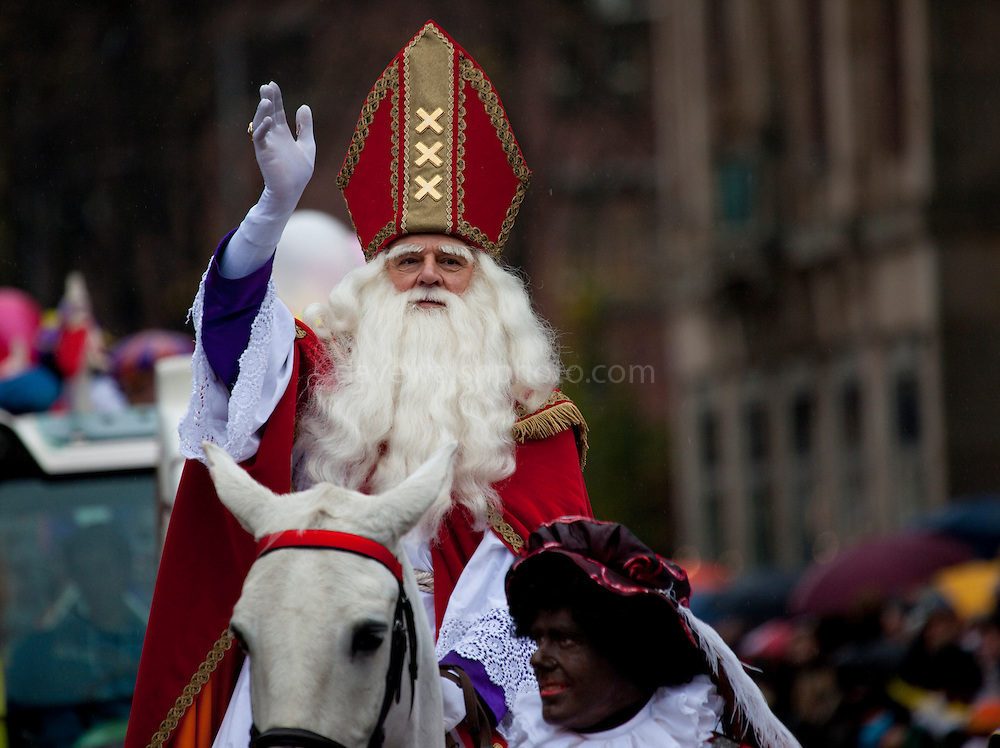